Born in 1972 to an extremely poor family of a riverine village Sijoul of Madhubani, a district of Bihar, Birbal lost his father when he was hardly one year old. He lived a very miserable childhood life. His mother Jaipura Jha, who brought him up worked in farmland to eke out a living and make both ends meet. She wanted to be a Sati but for child’s care and upbringing.

Education is something that can change one’s prospect was the early realization of the gifted child Birbal, who for the first time ventured to move out of the remote village to Patna, the state capital on 3rd April 1988 in search of a job and possibly further education.

Work as a waiter

On reaching Patna with 27 rupees in the pocket, he had no option but to work as a waiter at a street eatery at Musallahpur where he came in contact with his current colleague Pradeep Jha, who helped him get a job of a peon at then Murlidhar Press.

Uses Brick as a Pillow

There was a time when a brick was his pillow to support the head while sleeping. The footpath was his roofless shelter to pass the night only to wake up at the crack of dawn. The endless blue sky was his wrap over his body. A khadi lungee was his quilt to lie on. The lungee he had was from his mother who had got it from Khadigramodyog for spinning. It was all in the street of Musallahpur in Patna the year he had come there, leaving his village a better prospect of life.

What transformed his life is his educational pursuit and hard work. Taking an insight from the line of Dr Bhim Rao Ambedkar, who once said “English is like the milk of lioness one who drinks it becomes a lion”, he learnt and mastered English Language Skills to the extent that he began to share his own experiences and knowledge with those deprived of this life-changing skills.

Today, self-made Dr Birbal Jha is well-known as a World Celebrity well displayed in the list of celebrities on the net. His multifaceted personality includes those as a noted author, social entrepreneur, social thinker-worker, cultural activist, lyricist, linguist, columnist and communication skills trainer, all rolled into one. He is currently the Managing Director of Lingua Multiservices Pvt Ltd which owns the popular Trademark- British Lingua, specializing in English and Soft Skills training in India.

Now, synonymous with English training is Dr Birbal, who evolved and expounded a unique Structural-cum-Interactive Method ( SIM) for a quick and easy grasp of Spoken English skills, which has been endorsed and appreciated by various international schools of thoughts on the subject.

Moved by the pathetic situation of the state he coined the slogan, ‘English for all’ for his social venture in 1993 with a mission of helping people, more particularly country’s youth to avail the advantages of English communication skills. It was all to effect societal change.

At the age of 21, Birbal, who otherwise may have gone for any other jobs, came up with the start-up of his social enterprise- British Lingua which has been able to fairly sharpen the communication skills and improve the lifestyles of lacs of students who were initially deprived of English education and employability skills. Lacs of youth from the unprivileged section of society have begun to live a decent life today, thanks to the initiative by Dr Birbal Jha.

He is a Ph D and holds 2 Master degrees from Patna University, where his name figures in the category of notable alumni. Having received early and secondary education in the village, he did his 10th Board from Bihar School Examination Board in 1988.

He is an acclaimed author, having penned over 25 books to date on aspects of English communication skills, personal growth, manual, parenting and culture. Remarkably, he received a lot of compliments for his weekly columns ‘Seekhen Sahi Angreji’ in Dainik Jagran and ‘Jano English’ in Hindustan, both national dailies. Apart from many others, Oxford University Professor Elizabeth Schoel has endorsed Dr Jha’s magnum opus- Celebrate Your Life. He is an institution in himself considering his erudition and prolific works. His book- ‘English for Social Justice’ is an eye-opener.

In 2013, putting a spotlight on the need for English education, he wrote a drama, namely ‘Englishiya Boli’. Moreover, he has composed many poems in three languages- English, Hindi and Maithili, showing poetic skills.

In the 2010 Commonwealth Games held in Delhi, he headed the training team of British Lingua which imparted the first-ever training in Spoken English and Behavior Skills to those, who were the first points of contacts at the international event.

Recognizing his expertise and scholarship, the Government of Bihar entrusted his organisation with implementing the first-ever ‘Spoken English and Capacity Building’ training program for Government High School-teachers, in 2009. The program’s successful completion has set the benchmark for English education in the state. Furthermore, in collaboration with the Government, his social enterprise has been able to bring about noticeable changes in the lives of thousands of the poorest of the poor in the state.

Dr Jha’s continued enthusiasm for research in linguistics and literature has been one of his greatest strengths; it has a clear correlation with his teaching methods and reflects the needs of the people in the ever-changing society.

In recognition of his social, cultural and literary works, Dr Jha has been bestowed upon several awards and citations matching his towering personality. He holds the view of an egalitarian society where everybody should get an opportunity to live a decent life. He is a social worker in every true sense of the word. His practice of learning and sharing with others is in tune with his intention of taking advantage of English Skills to the common man of India. He is credited with arranging 365 marriages all dowry-free. Further, he is regarded as having created a revolution in English training in India with the slogan ‘English for all’

Dr Jha’s personality and inspirational teaching have won the acclaim as well as the hearts and minds of several thousands of trainees along with giving him recognition throughout India and even abroad.

What could be more satisfying for him than the recognition of a piece of work under his social leadership? A postal stamp was issued on Mithila Paag in 2017 following the ‘Save the Paag Campaign’ launched by Mithilalok Foundation, which he heads as Chairman. This campaign was his brain-child. He was a star campaigner in the movement comprising a lot of intellectuals from the region, connecting millions of people.

As a mass communicator, he was able to connect to the masses in the belt. Since then he is regarded as ‘Paagman’, an award bestowed upon him in recognition of promoting Indian culture and values. He plays a crucial role in running many social outfits.

As a child activist, Dr Jha has launched campaigns for the safety, security and well-being of children. In this regard, his songs are so heart-touching, moving and emotive that all and sundry get riveted. He has written a book titled ‘Child Safety’. His writings and works are reflective of him being a prolific writer.

He has composed lyrics of dozens of songs as a non-professional person. One of them ‘Kya Gunah Tha Mere Bache Ka’ which has been posted on YouTube has more than 8 million views till the date.

His writings and participation in the ethical movements that seek to improve and protect the quality of nature and environment give a clear impression of an astute environmentalist. It won’t be an exaggeration to call him a culturist as well an environmentalist for his keen interest in diverse aspects of lifestyle, arts, music, theatre and so forth and also promoting the cause of environmental sciences.

As a social thinker, he has made so many social interventions and offered his valuable advice and suggestions to the governments and various other stakeholders of society. Under his social engineering initiatives, he has transformed the lives of thousands of youth from the poorest and deprived section of society.

A book by Vivekanand Jha published in 2017, titled ‘The Living legends of Mithila’ recognising 25 leading personalities from the region for their social contributions, Dr Birbal Jha has been accorded the status of the ‘Youngest Living Legend of Mithila’ therein. He has been conferred with several national and international awards including ‘Star of Asia Award’.

He is said to be a man of letters as he is well-versed in literature and related scholarly pursuits. With his success and multifaceted persona, he has proved himself to be a man for all seasons, and a man of people. His linguistic pursuits, skills training and the journey of life continue.

His expertise and commitment to the social cause have drawn the attention of even America’s highly reputed daily ‘New York Times’ which ran a story on 14th December 2003 using 1272 words. 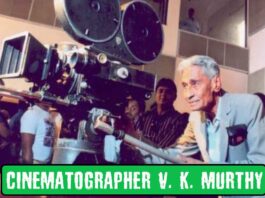 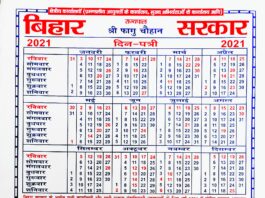 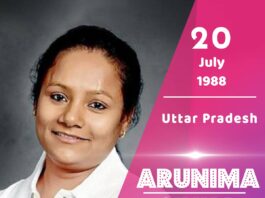 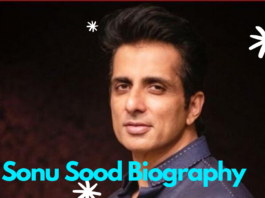 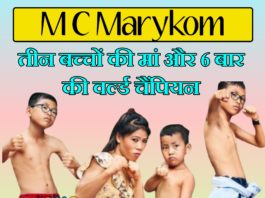